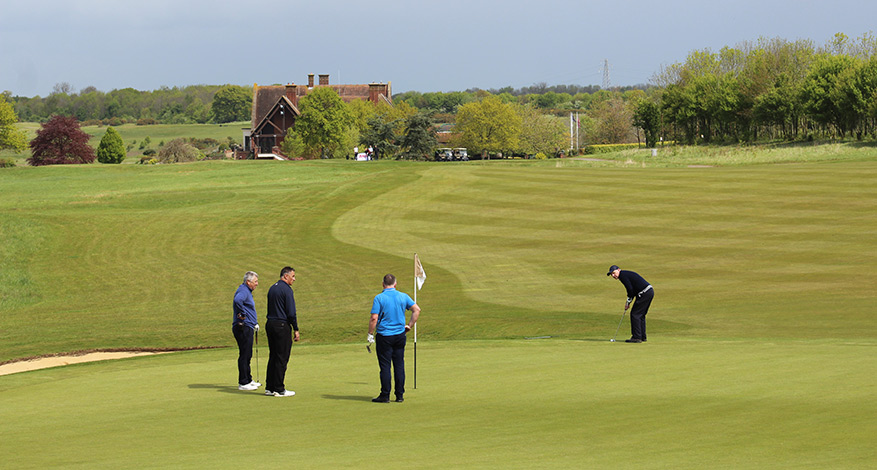 For the third year running, the Axis Foundation hosted the Celebrity Charity Golf Day, bringing the total raised to almost £80,000 for charitable causes. Our host for the day was Axis Foundation Patron, sports pundit and former football manager Alan Curbishley. Amongst the list of other famous attendees were stars from the sporting world, including former footballers Gus Poyet and Tim Sherwood.

On the day, a cheque of £94,500 was presented to Demelza Hospice Care for Children as part of the occasion.

In 2017, The Axis Foundation held its inaugural Charity Golf Day, raising over £18,000 for Demelza and Sparks Medical Research. Attendees included our patron Alan Curbishley and ex England manager Roy Hodgson, amongst other familiar sporting faces. In 2017, we presented a cheque of £53,724 to Demelza.

The fundraiser’s success created an appetite for the Charity Golf Day to become an annual occasion, to which Alan Curbishley kindly lent his name….

The 2018 Charity Golf Day raised £26,000, an increase of £7,000 on the previous year. Celebrity attendees included famous footballers Chelsea legend Gianfranco Zola and England’s hero Sir Trevor Brooking. On this occasion, we presented Demelza with a cheque for £70,000.

The Axis Foundation has plenty to celebrate in 2019; hitting the milestone of a decade of donations to small, impactful and local causes. 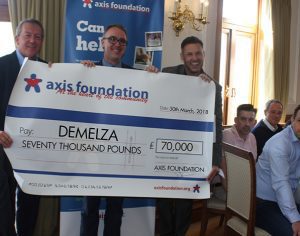